I was asked recently if I preferred the use of a cross or that of a crucifix. The way the question was asked led me to believe the answer was needed more to confirm someone’s position than to really find out what I preferred and why.

The cross is an upright post with a crossbeam in the shape of a “T”. A crucifix is an image of Jesus on the cross, as distinct from a bare cross. The representation of Jesus himself attached to the cross is referred to as the corpus (Latin for "body").

At the time of the Reformation, there was a movement that believed the ‘moderate reforms” of Martin Luther and the Evangelicals (later commonly called ‘Lutherans’), did not go far enough in distancing themselves from the Catholic Church. Rather, they wanted to throw off the “yoke of Rome” and jettison anything that reminded them of the Catholic Church. Lead by Andreas Karlstadt and Ulrich Zwingli, and known later as the Radical Reformation, those reformers believed that since the Catholic Church used images and objects to foster superstitious religious beliefs among the people, they needed to be suspicious of all images and religious objects—they were iconoclasts of varying degree. Many of the radical reformers thought this was related to the way the Catholic Church understood and emphasized the visible and material parts of the Church. So, for example, they could be suspicious of statues and paintings, holy water, relics, crossing oneself, genuflecting and so on. You will recognize that some of these abuses were also done away with in the Lutheran churches. However, as an example of how the radical reformers, and later John Calvin among others, could (and would) take things too far, many of them also saw the doctrine of the Real Presence as part of the superstitious belief of the Catholic Church.

While the Lutherans retained the use of the crucifix, many of the abuses surrounding it were reformed. For example, the Catholic Church’s mandated devotion and prayer before the crucifix (which is seen as sacramental) is abolished. Crucifixes, not plain crosses, are seen everywhere in Lutheran churches throughout the world. Only in America, where Lutheranism came under the influence of Calvinism, is the plain cross seen as preferred.

American Protestants object to the crucifix because it is Roman Catholic and to condone or display the crucifix is to make a statement in favor of Catholicism. For many, the issue of cross vs. crucifix now simply distinguishes between Catholic and Protestant. No American Protestant would want to be identified as a Catholic. I think most Lutherans have historical amnesia and don’t know why they do or don’t many things, this issue among them.

The reality is that historically, the use of the empty cross alone is simply is not part of Lutheran practice.

I grew up with practical parents. A mother, God love her, who washed aluminum foil after she cooked in it, then reused it. She was the original recycle queen before they had a name for it. A father who was happier getting old shoes fixed than buying new ones.
Their marriage was good, their dreams focused. Their best friends lived barely a wave away.
I can see them now, Dad in trousers, tee shirt and a hat and Mom in a house dress, lawn mower in one hand, and dish-towel in the other. It was the time for fixing things. A curtain rod, the kitchen radio, screen door, the oven door, the hem in a dress. Things we keep.
It was a way of life, and sometimes it made me crazy. All that re-fixing, eating, renewing, I wanted just once to be wasteful. Waste meant affluence. Throwing things away meant you knew there'd always be more.
But then my mother died, and on that clear summer's night, in the warmth of the hospital room, I was struck with the pain of learning that sometimes there isn't any more.
Sometimes, what we care about most gets all used up and goes away...never to return.. So... While we have it..... it's best we love it.... And care for it... And fix it when it's broken......... And heal it when it's sick.
This is true. For marriage....... And old cars..... And children with bad report cards..... And dogs with bad hips.... And aging parents...... And grandparents. We keep them because they are worth it, because we are worth it.
Some things we keep. Like a best friend that moved away or a classmate we grew up with.
There are just some things that make life important, like people we know who are special........ And so, we keep them close!
Good friends are like stars.... You don't always see them, but you know they are always there. Keep them close!

A father wanted to read a magazine but was being bothered by his little girl. She wanted to know what the United States looked like. Finally, he tore a sheet out of his new magazine on which was printed the map of the country.
Tearing it into small pieces, he gave it to her and said, 'Go into the other room and see if you can put this together.
After a few minutes, she returned and handed him the map, correctly fitted and taped together. The father was surprised and asked how she had finished so quickly..
'Oh,' she said, 'on the other side of the paper is a picture of Jesus. When I got all of Jesus back where He belonged, Then our country just came together.'

<'''><
HAPPY MOTHER'S DAY
The origins of Mother's Day are attributed to different people. Many believe that two women, Julia Ward Howe and Anna Jarvis were important in establishing the
tradition of Mother's Day in the United States. Other sources say that Juliet Calhoun Blakely initiated Mother’s Day in Albion, Michigan, in the late 1800s.
Her sons paid tribute to her each year and urged others to honor their mothers.
Around 1870, Julia Ward Howe called for Mother's Day to be celebrated each year to encourage pacifism and disarmament amongst women. It continued to be held in Boston for about ten years under her sponsorship, but died out after that.
In 1907, Anna Jarvis held a private Mother's Day
celebration in memory of her mother, Ann Jarvis, in Grafton, West Virginia. Ann Jarvis had organized "Mother's Day Work Clubs" to improve health and cleanliness in the area where she lived. Anna Jarvis launched a quest for Mother's Day to be more widely recognized. Her campaign was later financially supported by John Wanamaker, a clothing merchant from Philadelphia.
In 1908, she was instrumental in arranging a service in the Andrew's Methodist Episcopal Church in Grafton, West Virginia, which was attended by 407 children and their mothers. The church has now become the
International Mother's Day Shrine. It is a tribute to all mothers and has been designated as a National Historic Landmark.
Mother's Day has become a day that focuses on generally recognizing mothers' and mother figures' roles. Mother's Day has also become an increasingly important event for businesses in recent years. This is particularly true of restaurants and businesses manufacturing and selling cards and gift items.

When the nights are dark and long,
In my heart He puts a song..
Telling me in words so clear,
"Have no fear, for I am near."
(CHORUS)
When my work on earth is done,
And life's victories have been won.
He will take me home above,
Then I'll understand His love.
(CHORUS)
I love Jesus, does He know??
Have I ever told Him so??
Jesus loves to hear me say,
That I love Him every day.
(CHORUS)
<'''><
A Picture of Brokenness
by Dr. Tony Evans

A picture of brokenness is that of a wild stallion wanting its independence but being ridden for the first time. It does not want to submit, and it does not want to do what it is told to do. It enjoys a cowboy feeding it, keeping its trough filled with fresh water, and allowing it to go out and nibble grass in the sunshine. The problem comes when the saddle is tossed on its back and the harness is placed over its head.
However, if you have watched a horse being broken, you know the cowboy has more sense than to take a new horse that has never been ridden and toss a saddle on its back. For days, the animal may be led around a pen as it adjusts to the pressure of wearing a harness and the conditions surrounding its changing lifestyle. Then the saddle comes out of the tack room and is placed on the horse's back - but without a rider. Finally, the cowboy puts a foot in one of the stirrups.

There are many steps in between these, but we can form a mental picture of the process used to break a horse and prepare it to be ridden. When the cowboy climbs into the saddle, the initial shock of having someone on its back is frightening and irritating. The animal begins to buck and rears its head before it begins to settle and trot around its pen. Some horses refuse to be broken and risk being sold. Others, in time and through proper care, are broken and begin the enjoyment of a lifetime of service to their owners.
When God begins to work in your life, He doesn't immediately toss a saddle on your back or seek to break you through the circumstances of life. Instead, He works with a plan and goal in mind. Bit-by-bit and inch-by-inch, He brings you to a place where He can train you to live a life that glorifies Him and is a blessing to others.

A teenage boy had just passed his driving test and inquired of his father as to when  they could discuss his use of the car.

His father said he’d make a deal with his son, "You bring your grades up,  study your Bible a little, and get your hair cut. Then we'll talk about  the car."

The boy thought about that for a moment, decided he'd settle for the offer, and they agreed on it.

After about six weeks his father said, "Son, you've brought your grades up and I've observed that you have been studying your Bible, but I'm disappointed you haven't had your hair cut."

(You're going to love the Dad's reply!)

"Did you also notice that they all walked everywhere they went?"

Additional Help Needed
There are so very many ways to serve your Lord!
Have you considered volunteering at church for a few hours a week
or even a few hours a month?
We have many positions to fill here at Faith Lutheran Church.
Many hands working will make all the jobs easier. 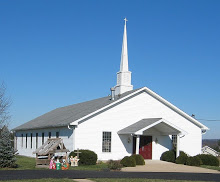